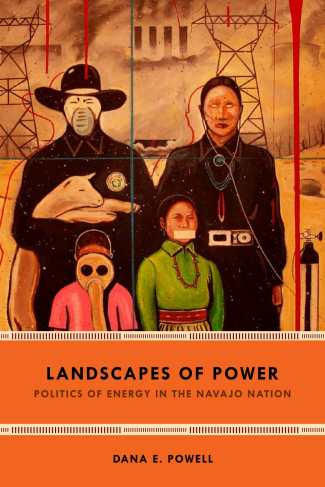 Landscapes of Power is an ethnography of infrastructure, environmental politics, and the ongoing conditions of colonialism facing Native Nations today. The particular story, set in the Navajo (Diné) Nation, tracks the rise and fall of a controversial coal-fired power plant slated for development in the eastern area of the reservation, arguing that the ultimate failure of the project generated the conditions for longstanding legacies of extraction, matters of tribal sovereignty, expertise, and environmentalism to become redefined. Situating the recent power plant debate in a longer history of political-ecological concerns facing the Navajo Nation, the book’s purpose is to show the tensions, particularities, experiences, and sociocultural forms that energy development takes, as a defining force in 21st century global indigenous politics today. Landscapes of Power as both title, and approach, recognizes that territory is both semiotic and material in Navajo energy politics, and thus the book’s central importance is in showing the ways in which the built environment and infrastructure become entangled with tribal, federal, and global politics of extraction, as well as questions of sociocultural life, identity, and relationality. The book follows the labor of activists, artists, politicians, NGOs, policy experts, technicians, elders, and everyday citizens as they struggle in public debate and private reflection to articulate a vision of autonomy and development for Diné people, as a challenge to settler power. The scope of the book, ethnographically, is the height of the controversy in 2007-2008; yet the book includes a deeper history of extractive industry and governance in the Nation as well as more recent (post 2012) changes in energy policy. Geographically, the scope is primarily the eastern area of the Navajo Nation, but includes description of action in regional centers and in New York City.